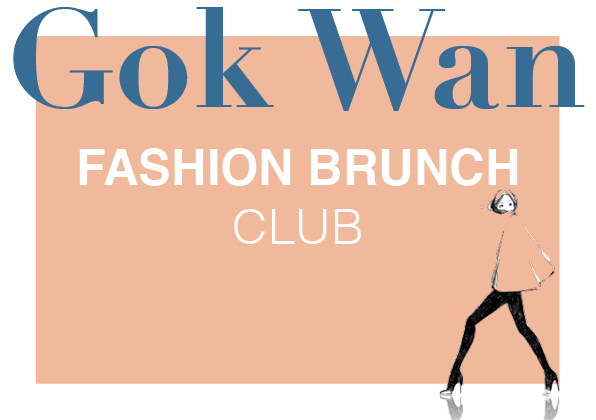 Rewind to the beginning of May, and I had a phone call out of the blue from Gok Wans’ London office. It’s true to say, for the first 10 minutes of the call I didn’t actually believe what was happening, and had to keep asking if the whole thing was a wind up! It wasn’t. I was asked if I would like to be involved in designing and making the stationery for the next Gok Wan Fashion Brunch Club at Stanbrook Abbey, a venue close to me, in Worcester. Apparently, my stationery was perfect for the event, which Gok wanted to be like a wedding without the bride and groom.

So I set to work on designing a suite of stationery. Unfortunately the event was cancelled a few days before, but as what I had made was ‘gorgeous,’ I was asked to stay on board and provide the stationery for other events that were coming up. On Saturday 3rd June, I attended Gok Wans Fashion Brunch Club at Cutlers’ Hall in Sheffield.

Finally, I saw my hard work come to fruition when my stationery was on display on the beautiful tables in a beautiful venue. I can’t describe the feeling. Over 200 people took home an envelope stuffed with stationery that I had designed and made. How did all this happen to little old me? After helping the event team assemble the packs for the guests and adding them to each place setting, I was backstage with Gok, his event team, models, stylists, hairdressers, sipping Prosecco, and it was THE craziest day ever – very surreal. I sat down on a table next to the podium for brunch and to watch the fashion show and Gok is every bit as lovely as he comes across on the television. It’s not an act. Lots of beautiful outfits and bridal gowns were on the catwalk from talented designers and local suppliers. The hair, make up and styling was fabulous. Showcasing local small businesses rather than large high street brands is what the event was all about.

The team made me so welcome and I’m proud as punch that I’ve been part of it… it’s not over yet, I’ve been asked to stay on board for other events as apparently ‘my stationery is gorgeous!’ I’m so humbled… like I said to Jack, Goks’ Event Producer who I finally met after weeks of emailing, ‘things like this don’t happen to little old me’ and his reply… ‘Claire, they do now.’

« Back to main blog page
Categories
From contemporary to traditional; funky to chic; Lovebug Designs can cater for all tastes and budget. Contact us for more information.
Get In Touch
© Lovebug Designs - All Rights Reserved
directory
Back To Top
×Close search
Search
Hi, we use cookies to ensure you get the best experience on the website and to know how many people visit. If you continue to use this site we will assume that you are happy with it.Ok greatNo thanksMore Info